“…there is a new understanding and appreciation of the prevalence of sexual harassment in the workplace and of its devastating effects on the victim.  It has become, in effect, a systemic and recurring harm”…“It is the kind of conduct that is a scourge in the workplace, and must be rooted out of existence.” (Extracts from judgments below)

Both employers and employees should know how to handle any form of sexual harassment in the workplace. With the slew of year-end office parties once again upon us, now’s a good time to remind ourselves that, as the “Harvey Weinstein” and other high profile allegations (and the resulting #MeToo Twitter campaigns) have illustrated, victims of powerful abusers can find it incredibly difficult to report such cases and to find redress.

The good news is that our laws against such harassment are strong, and they are rigorously enforced by our courts.

We’ll concentrate on workplace harassment in this article, but remember that you also have strong rights outside the employment sphere.  Don’t suffer in silence!

What exactly is “sexual harassment”?

In terms of the “Amended Code Of Good Practice On The Handling Of Sexual Harassment Cases In The Workplace” (“the Code”) it is a prohibited form of unfair discrimination that “… is unwelcome conduct of a sexual nature that violates the rights of an employee and constitutes a barrier to equity in the workplace, taking into account all of the following factors:

Sexual harassment can be physical, verbal or non-verbal, it can involve victimisation, intimidation or favouritism, it can be a course of conduct or a single incident, the parties can be of any gender – in fact the definitions are so wide that, if you are subjected to any sexual conduct that is (a) unwelcome and (b) has a negative impact on you, it probably qualifies.

As a victim, what can you do about it?

Firstly, the Code allows you to communicate that conduct is unwelcome in non-verbal ways, like simply walking away or not responding to the harassment.  It’s up to the perpetrator to get the message.

Or you can start with a direct but informal approach to explain that the behaviour is unwelcome and you would like it to stop.  If you have difficulty in doing so yourself you can make the approach through someone else, perhaps a colleague, superior, counsellor, friend or family member.  Your name can be kept out of it at this stage, and the approach can be a general one, explaining for example “that certain forms of conduct constitute sexual harassment, are offensive and unwelcome, make employees feel uncomfortable and interfere with their work.”

Or you can make a formal complaint, and then your employer is obliged to act.  The initial report can again come from you or from someone else.  Employers should have sexual harassment policies and procedures in place, providing amongst other things that “It will be a disciplinary offence to victimise or retaliate against an employee who in good faith lodges a grievance of sexual harassment.”

That of course makes it sound a lot easier than it often is in practice, but if your employer fails to protect you or to take appropriate disciplinary action against the perpetrator, or if in any other way your employer’s procedures don’t result in a satisfactory resolution, you can approach the CCMA for assistance.

Your employer must also ensure confidentiality of all complaints (only to the extent possible of course – your identity is integral to the process itself), and assist you where possible with advice, assistance, counselling, additional sick leave and so on as appropriate.

Can you claim damages?  2 cases illustrate

Firstly, you may well have a damages claim against both the perpetrator and employer.  Take for example the High Court case of a municipal employee who claimed R4m for a sexual assault and molestation in which her immediate superior had attempted to insert his tongue into her mouth and then later addressed her with words “bearing sexual connotations”.  She suffered post-traumatic stress disorder and eventually had to resign her post.  The Court ordered that both the perpetrator and employer were liable for whatever damages she could prove.

You could also have a claim against your employer for failing to prevent unfair discrimination in terms of our labour laws.  Thus an insurance clerk, subjected to ongoing sexual harassment by a senior manager, was awarded R250,000 damages by the Labour Appeal Court after her employer’s failure to take action against the manager made her work environment intolerable and led to her resignation.

Warning off a sex pest with dismissal; 3 examples to quote

If you have any difficulty in convincing a sex pest to desist, perhaps draw their attention to both the damages cases mentioned above and to one of the many court decisions upholding the penalty of dismissal from employment.  Some good examples –

His words “do you want a lover tonight” and “come to my room if you change your mind” were initially held by the Labour Court to be just “trying his luck” and “inappropriate sexual attention” rather than harassment.  But the Labour Appeal Court disagreed and confirmed the manager’s dismissal, holding that “the unwelcome and inappropriate advances were directed by [the manager] at a young woman close to 25 years his junior whose employment had placed her alone in his company … Underlying such advances, lay a power differential that favoured [the manager] due to both his age and gender. [The victim’s] dignity was impaired by the insecurity caused to her by the unwelcome advances and by her clearly expressed feelings of insult.”

There’s many a warning for employers in the above examples.  Our courts will hold you responsible for any failure to protect your employees so act quickly and decisively to both prevent and deal with any instances of workplace sexual harassment.  Our labour laws are complex and the penalties for breaching them high, so take specific advice upfront. 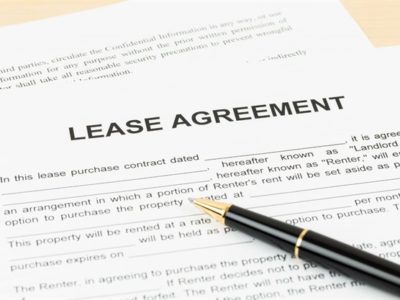 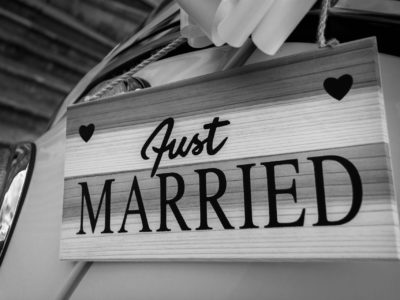 IT’S WEDDING SEASON! HERE’S WHY YOU NEED AN ANC (WHETHER YOU MARRY HERE...
Scroll to top