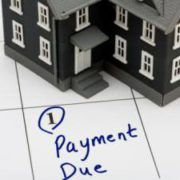 “… the difficulty experienced by bodies corporate in collecting arrear levies is not a novel one. It is part of a ‘socio-economic problem’” (extract from judgment below)

Levy collections are the life blood of sectional title schemes, and collecting them is likely to get harder with the economic fallout from our downgrade to junk status.

So if you own property in a scheme, and particularly if you are a trustee of your body corporate, you need to know about the new SCA (Supreme Court of Appeal) decision which puts at risk the body corporate’s right to apply for sequestration of levy defaulters.

Why apply for sequestration?

Applying for the sequestration of a recalcitrant debtor’s estate can be a very powerful debt collection tool. But it should generally only be used as a last resort, and it isn’t always open to you. The facts of the SCA case provide a perfect example –

• When the sisters fell into arrears, the body corporate obtained judgments against them for a total of some R115k.

• Their movable assets were sold by public auction, but for only R3k.

• The body corporate then obtained a warrant of execution against the unit and sold it for R170k. The sale however was abandoned when the bank refused to accept the selling price.

• Having exhausted “all reasonable execution remedies”, the body corporate applied to the High Court for the sequestration of one of the owners. The clear benefit to the body corporate of doing so was that the trustee of the insolvent estate would have sold the unit, and – per the Insolvency Act’s provisions – the arrear levies claim would have been paid as “a cost of realisation” i.e. before the bondholder’s secured claim.

• Unsurprisingly, the bondholder opposed the sequestration application, arguing that as its bond instalments were up to date, no creditor would benefit from a sequestration other than the body corporate.

• The High Court refused to order sequestration, and the SCA upheld that decision on appeal.

There must be advantage to creditors as a whole

To understand why the body corporate’s application failed, we turn to the Insolvency Act’s requirement that there must be “reason to believe that it will be to the advantage of creditors of the debtor if his estate is sequestrated”. Bear in mind here that on sequestration what counts is creditors in the plural – as the Court put it “the rights of the creditors as a group are preferred to the rights of the individual creditor.”

In a nutshell, to succeed in sequestrating a debtor’s estate, you need to prove “a tangible benefit to the general body of creditors”. There should be “a reasonable prospect of some pecuniary benefit to the general body of creditors as a whole”, a requirement that will be fulfilled “where it is established that there is reason to believe that there will be advantage to a ‘substantial proportion’ or the majority of the creditors reckoned by value”.
The body corporate failed in this case because it was unable to show pecuniary (monetary) benefit to any creditor other than itself.

Catch-22, and nipping arrears in the bud

That leaves bodies corporate in a real “catch-22” situation. You are obliged by law to collect levies, but you risk not being able to do so if you have to rely on what should be your strongest fall-back position – realising the value in the sectional title unit itself.

The bottom line for bodies corporate is this – unless and until our laws are changed to grant bodies corporate immunity from the Insolvency Act’s provisions, you need to prioritise and strengthen your levy monitoring and collection procedures so as to nip any arrear situations in the bud.

For specialist advice on sequestration and liquidation proceedings contact the Corporate and Commercial Law Department at Goldberg & de Villiers Inc. on 041 501 9800.

WHEN DO VOUCHERS EXPIRE? 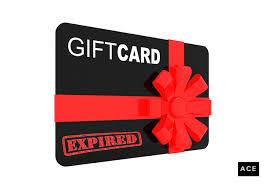 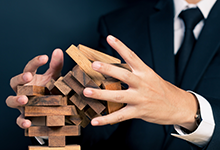 DIRECTORS AND THE “DELINQUENCY” DANGER
Scroll to top