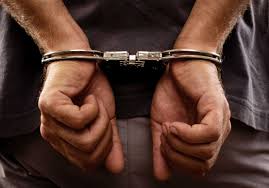 We live in a country where crime is rife. We need our police force to be proactive and to sometimes make split-second decisions. However, when the police fail in their duties to conduct adequate investigations into an alleged crime, the consequences can be dire.  A great travesty of justice is done when an innocent person is arrested. It is important for both police officers and ordinary citizens to know their rights and responsibilities when it comes to arrest and detention.

Section 10 of the Constitution states that “everyone has inherent dignity and the right to have their dignity respected and protected.”

“Everyone has the right to freedom and security of the person, which includes the right:

(a)  not to be deprived of freedom arbitrarily or without just cause;

(b)  not to be detained without trial;

Arrest constitutes one of the most drastic infringements on the rights of an individual. (Gellman v Minister of Safety & Security 2008 (1)  SACR 446 (W)).

Any arrest without a warrant which is not specifically authorised by law is unlawful.

(b) whom he reasonably suspects of having committed an offence referred to in Schedule 1, other than the offence of escaping from lawful custody…”

Schedule 1 lists the offences in respect of which a police officer may arrest a person without a warrant.

The main purpose of an arrest is to secure the attendance of the accused at court.

In order to provide guidance to police officers and other role players with regard to the right of police officers to arrest and detain certain persons in terms of section 40(1)(b) of the CPA, the Minister has issued Standing Order ((G) 341 (The “SOG 341”) dealing with arrest and the treatment of arrested persons.

The application and scope of the SOG 341 has come before the Constitutional Court in Minister of Safety 7 Security v A Van Niekerk (2007)  ZACC 15. Sachs J held that the SOG 341 constitutes nuanced guidelines given by the Minister for the benefit of police officers and courts to interpret where an arrest would be deemed to be lawful.

The Constitutional Court made it clear in the Van Niekerk case that arrest is a drastic measure which should not be used if there are other effective means of ensuring that an alleged offender could be brought to court. An arresting officer must prefer to secure the accused’s presence at court by way of Summons. If the accused is someone who the arresting officer believes will abscond, or attempt to hamper the investigation, then they should obtain a warrant, or if they cannot, and the matter is urgent, then, and only then, if they have reasonable suspicion that the accused has committed a Schedule 1 offence, should they arrest the accused.

In Ramakulukusha v Commander, Venda National Force 1989 (2)  SA 813 (V) at 836G to 837B it was held that in order to ascertain whether a suspicion that a schedule 1 offence has been committed is reasonable, there must obviously be an investigation into the essentials relevant to each particular offence.

In the case of Duncan v Minister of Law and Order 1986 (2) SA 805 (A) the court put the dilemma faced by arresting officers aptly when it stated:

“The power of arrest without a warrant is a valuable means of protecting the community. It should not be rendered impotent by judicial encrustations not intended by the legislature. On the other hand the law is jealous of the liberty of the subject and the police in exercising this power must be anxious to avoid mistaking the innocent for the guilty. They often have to act on the spur of the moment with scant time to reflect, but they should keep an open mind and take notice of every relevant circumstance pointing either to innocence or to guilt.”

In the case of Mabona & Another v Minister of Law & Order (1988)  3 All SA 408 (SE) the court had to decide whether the suspicion of the arresting officers to arrest the 2 Plaintiffs based on the word of a secret informer was reasonable. The court, in discussing how to assess whether a reasonable suspicion exists stated at pages 410 and 411:

“Would a reasonable man in the second defendant’s position and possessed of the same information have considered that there were good and sufficient grounds for suspecting that the plaintiffs were guilty of conspiracy to commit robbery or possession of stolen property knowing it to have been stolen?  It seems to me that in evaluating his information a reasonable man would bear in mind that the section authorises drastic police action. It authorises an arrest on the strength of a suspicion and without the need to swear out a warrant, ie something which otherwise would be an invasion of private rights and personal liberty.

The reasonable man will therefore analyse and assess the quality of the information at his disposal critically, and he will not accept it lightly or without checking it where it can be checked. It is only after an examination of this kind that he will allow himself to entertain a suspicion which will justify an arrest. This is not to say that the information at his disposal must be of sufficiently high quality and cogency to engender in him a conviction that the suspect is in fact guilty. The section requires suspicion but not certainty. However, the suspicion must be based upon solid grounds. Otherwise, it will be flighty or arbitrary, and not a reasonable suspicion.”

An arresting officer’s  suspicion must also be his own. He cannot rely on the suspicion of somebody else. See Ralekwa v Minister of Safety and Security 2004 (2) SA 342 (T).

“If no exigent circumstances exist, they should preferably seek corroborative evidence before making an arrest. An arrest is not a substitute for good police work.

In Minister of Safety and Security v Sekhoto (131/10) (2010) ZASCA the Supreme Court of Appeal did to some extent curb the approach adopted by the High Court in assessing whether an arrest is justified when a Summons could have been used. However, the court stated that where the case is somewhat trivial an arrest would clearly be irrational.

The court in Sekhoto went on to state the following:

“What I have said must not be understood as conveying approval of the use of arrest where there is no urgency and the person to be charged has a fixed and known address; in such cases, it is generally desirable that a summons be used.”

The court did however take the view that an arrest is not necessarily unlawful where the arresting officer prefers an arrest where Summons would have been more appropriate. However, it is submitted that the judgment in no way eliminates the duty on an arresting officer to ensure that he has satisfied himself as to the facts before him in order to form a reasonable suspicion before effecting an arrest.

5 QUESTIONS TO AVOID ASKING IN INTERVIEWS 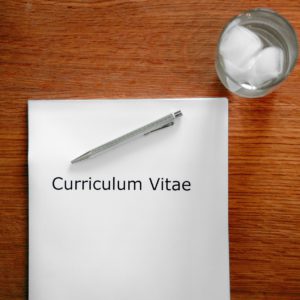 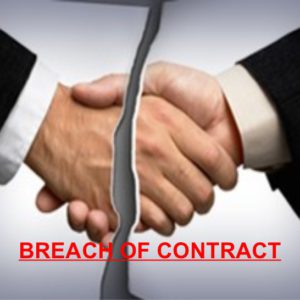 Beware the Breach – Breach of Contract
Scroll to top